This program explores the many ways people express their love to one another. In the first short film, “Paperman” – a man falls in love with a woman he just meets and tries to get her attention in an unconventional way. The second film, “Stutterer” a man who can’t communicate without stuttering falls in love with a woman online and decides whether he’s brave enough to take this in real life. Both films explore the different ways of expressing one’s self and showing that love is a universal language we all speak.

Shiela Escalante is a cinema student and filmmaker at San Francisco State University. She currently resides in San Mateo, California.

Congratulations to all of our winners tonight!! Thank you for submitting your stories and being a part of SFSU Film finals!! Here is the list of the 61st Film Final winners:
Don’t forget to vote for your favorite film to win this year’s Audience Award! You can vote until 5pm pst on Saturday May 22.
We hope you have been enjoying watching the 61st Annual Film Finals!
Film Finals 61 is now available to watch online!! Link in bio.
📣 Announcing the 61st Annual Film Finals selections! 📣
Just in case you haven’t heard... 🗣 get those submissions in, CINE students! You now have until Wednesday night! 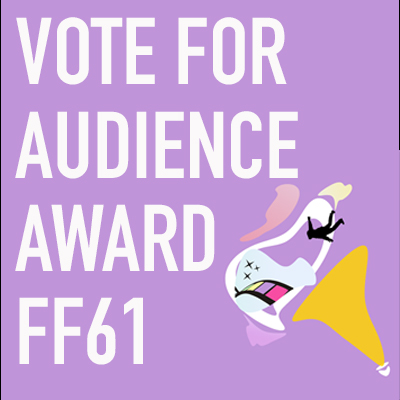